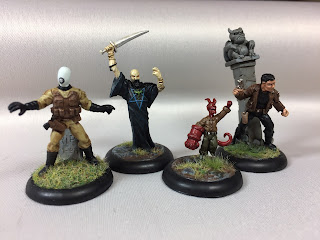 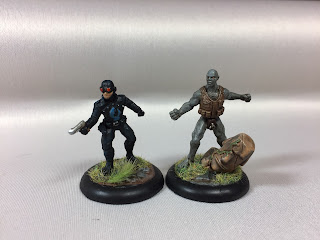 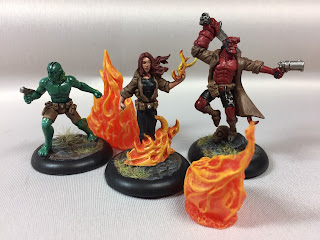 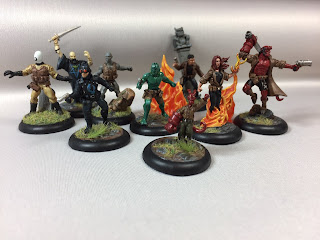 Lately I finished a lot of models. Some of them were started and finished over a few days, but this batch has been languishing for anywhere from 6 months to 2 years in some state between primed and partially finished.

As usual it's more comic-themed stuff from me.

First up are some of the classic metal SuperFigs. I know they're rather dated now compared to some of the new stuff coming out, but I still love this line and pick them up whenever I find a few I don't have somewhere. If memory serves, Artemis is a hero with GUARD and the other two characters are villains. (At one point I had created an arrow for her bow, but it got lost in one of the two moves I made in 2017.) Steel Razor reminded me of  Vera the cyborg from Superman III and got some glossy white armour. The paint job on Serpent is not my most inspired, but it's serviceable. 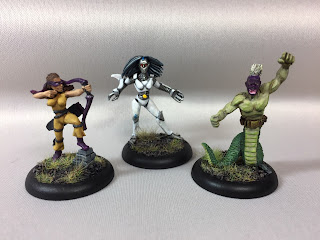 The next few are from Reaper Miniatures. The Black Mist is from the first Bones Kickstarter they did years ago. I have a sidekick in the works for him somewhere. I like the name they chose for the figure, but of course he's based on "The Shadow" so that's the paint job he got here. 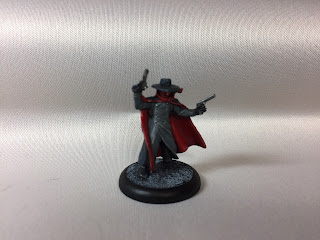 Finally are a pair of metal miniatures: Incredible Woman and Zenith. I'm sure these were intended as heroes, but for some reason I decided that they felt like villains and should go together. The end result was the villainous duo Smash 'n Grab. 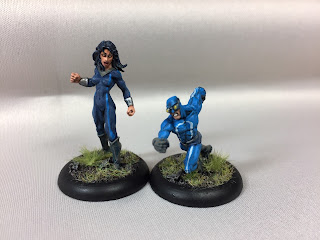 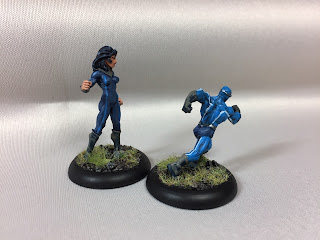 Posted by Obsidian3D at 6:14 AM No comments:

In December of last year I added a new range of models to my collection: Bot War. They're produced by Trader's Galaxy, an independent company in Australia. Most of the models I own are now discontinued samples, but the current range of figures is really worth looking at if you like the idea of robots battling it out over limited energy supplies. 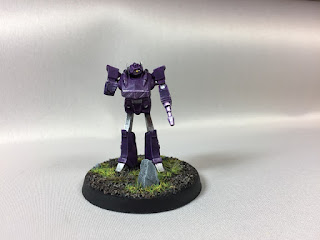 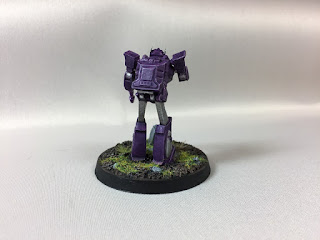 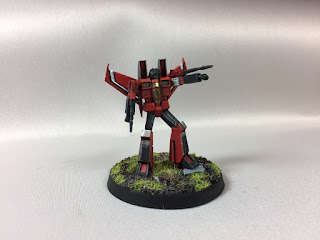 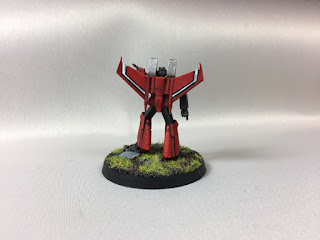 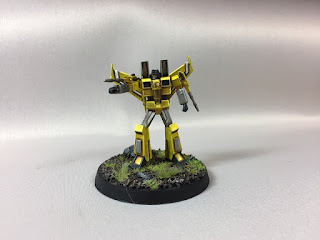 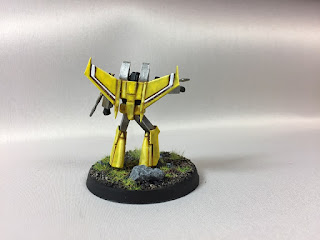 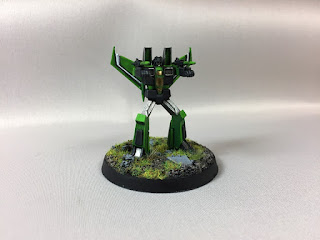 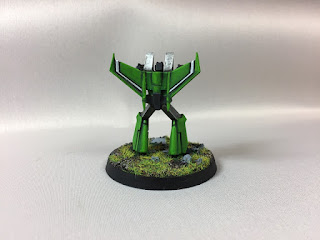 Electroshock, Hail and Wind character cards are available in the 1st edition card download, but Red Dot is a custom character I designed. The game designer provided me with feedback to ensure that he's balanced within the 2nd Edition rules. If you want to try him out his rules are below. Together with the other three they make up a complete 60 point force. 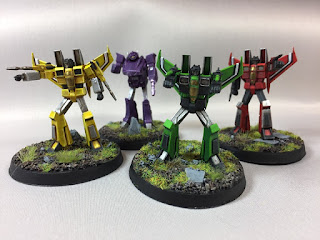 Posted by Obsidian3D at 4:31 PM No comments:

Zoiks, Where Does the Time Go?

I don't remember the last time I posted, but I'm sure it's been ages. I'll keep this update brief, but chock-full of info.

In March I graduated with honours from the 3D Modeling, Animation, Art & Design program at the Visual College of Art & Design. So naturally I'm looking for full time or freelance work in that field.
You can find my demo reel here.

I also together a very talented team of people and for the past 9+ months I've been working on launching a miniature line based on Charlie McElvy's super-cool WatchGuard characters. The first wave of our miniatures debuted at the 2019 Calgary Comic & Entertainment Expo.
You can find the launch wave bundle on my online shop here.

When time permits I still do some painting and occasional gaming. I'm currently working on some super-fun nostalgic robot minis from Traders Galaxy's BOT WAR game. Use your Google-fu and I'm sure you'll find it just fine.
Posted by Obsidian3D at 2:57 PM 2 comments: